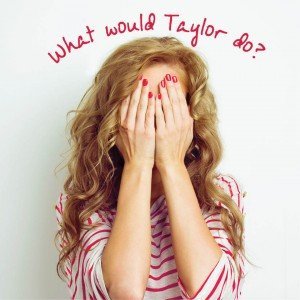 Taylor Swift has never been one to back down from a fight. Over the years, she’s famously gotten the last word about cheating boyfriends, mean girls and outspoken critics through her music, while constantly keeping fans talking about the possible inspiration behind her lyrics. But as we discovered last week, Taylor isn’t always the victim. Just like everyone else, she makes mistakes, and sometimes those mistakes can cause major friend drama. But what we find far more important than the details of her latest feud with rapper Nicki Minaj, are the steps she took to resolve it. And if you’ve ever been in a situation where a social misstep created a rift between you and a friend, you may want to take a page from Taylor’s book next time to keep things from spiraling out of control.

As you’ve probably heard by now, Taylor Swift and Nicki Minaj faced off via Twitter last week. It started when Nicki tweeted a complaint about the VMA’s Video of the Year nominations favoring videos of girls with slim figures. Taylor mistook this as a slight against her Bad Blood video, which happens to feature a group of thin female celebrities. This led to a small spat between the girls over twitter, and pretty soon, articles were being written and sides were being taken. Then something awesome happened.

Taylor apologized, the girls made up, and they decided to leave all the drama behind. Nicki has even said that she has more respect for Taylor after seeing her efforts to make amends. And that’s something worth taking note of. Many times, major drama can be solved with a simple apology, as long as you go about it the right way. We think Taylor did just that, and so we decided to share three reasons we think her apology was a success. Take a look, and next time you need to apologize, keep these things in mind:

It’s never easy to realize you’ve made a mistake. You may feel embarrassed, anxious, and even scared when you think about correcting it. But that doesn’t mean that you can’t or shouldn’t work to fix things with your friends. By offering a sincere and direct apology as soon as possible, you can resolve issues with your friends before they evolve into major drama. And a lot of times, your friendship will end up stronger than before thanks to your willingness to make amends and work on moving forward. Just ask Taylor and Nicki!