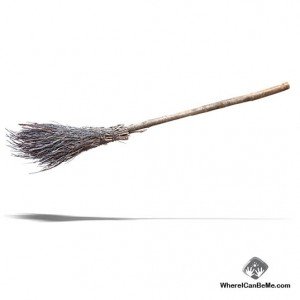 There’s a lot to love about the Harry Potter series, but some of the most unforgettable moments center around the friendships Harry builds during his time at Hogwarts. It’s been about nine years since we last checked in with Harry and his friends, but that’s about to change. With the release of Harry Potter and the Cursed Child, we’ll all get a chance to peek in on life at Hogwarts, and see how Harry’s son is faring in the wizarding world. We can’t wait to learn about his life at Hogwarts, and the great friendships he will undoubtably form. So, in preparation, here’s a look back at our favorite friendship moments from the original seven books. (SPOILERS AHEAD)

Harry Potter and the Sorcerer’s Stone: This book is filled with great moments for Harry, Ron, and Hermione as the trio first builds and solidifies its rock-solid friendship. Several daring rescues, and dramatic sacrifices spring to mind. But our favorite moment of all just might be when Harry turns down an invitation to join Draco Malfoy’s high-status clique of wealthy wizards, in favor of sticking with Ron Weasley. It’s a subtle moment, but an important one. It sends a message that the best friendships are formed when you’re loyal to the people who care about you, instead of getting preoccupied with popularity or reputations.

Harry Potter and the Chamber of Secrets: The typically perfect Hermione has a major blunder, when a drink of polyjuice potion partly transforms her into a cat. While Ron appears stunned, and Moaning Myrtle seems happy to see Hermione fail, Harry is more considerate of his friend’s feelings. He does what he can to be reassuring, and convinces her to go see the nurse. It’s a moment that shows us that everybody makes mistakes, and when our friends go through something difficult and embarrassing, we should never make things worse by cutting them down. Instead, we should be supportive and do our best to help them through.

Harry Potter and the Prisoner of Azkaban: In this book, Harry’s friends focus on protecting him from escaped prisoner, Sirius Black. When Hermione fears that Harry’s new broomstick might be cursed, she reports the gift to a professor for inspection. The decision does not go over well with Harry and Ron, but it’s still a powerful act of friendship. It shows us that sometimes, we have to put a friend’s well-being first, even when it doesn’t seem like the cool thing to do.

Harry Potter and the Goblet of Fire: When journalist Rita Skeeter shows up at Hogwarts, Harry and Hermione find themselves targeted by rumors of dating and love potion. While neither one of them is happy to be in the middle of Rita’s lies, they manage to keep their friendship from taking a hit as a result. Hermione sticks with Harry throughout the Tri-Wizard tournament, and proves that, even with rumors swirling, the duo is stronger as a team. It’s a situation to keep in mind if you or your friends are ever targeted by gossip or rumors. You can’t get too worried about what other people are saying. Just focus on your friendship, and you’ll be fine.

Harry Potter and the Order of the Phoenix: Life at Hogwarts takes a dark turn with the arrival of Professor Umbridge. But in spite of strict rules and harsh punishments, Harry and his friends ban together in an effort to persevere. When they form Dumbledore’s Army, Harry is able to pass on his knowledge of self-defense to the people he cares about. While the formation of the club is risky, it shows that the best way for friends to deal with difficult times is often by banding together, instead of breaking apart.

Harry Potter and the Half-Blood Prince: The novel ends with the death of a beloved character, and sets Harry on a dangerous path, as he begins a direct search for Voldemort. There is, however, a small break in all the darkness when Harry’s friends vow to join him on the long road ahead. It is, in some ways, a small consolation after all Harry has lost, but it is still an incredibly meaningful gesture. It reminds us that the truest friends are the ones who stay loyal to you and support you, no matter what you’re going through.

Harry Potter and the Deathly Hallows: It would be impossible to pick just one great friendship moment in this novel. Everyone from Harry’s trio, to Luna Lovegood, to Dobby, to Neville, plays some kind of role in propelling their friends forward. And that is an important take-away from the story. We all face many up’s and down’s in life, and that’s why it’s so important to surround ourselves with friends we can trust. Being a reliable friend, and having friends you can rely on when the chips are down, can make a huge difference in how you handle the many different situations you encounter throughout life.

There are of course, many fantastic friendship moments that didn’t make this list. Still, the ones we’ve included offer some valuable lessons on loyalty, reliability, and kindness. And these are keys that can improve any friendship, even in the muggle world!