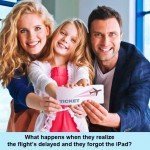 We all look forward to vacations, but many of us have learned the hard way that they don’t always go as planned. Flights get delayed, favorite stuffed animals are forgotten at home, and unpredictable weather can throw a wrench into a week at the beach. A last minute change of plans can be stressful for [...] 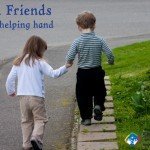 What’s in it for me? That’s the question most children (and a lot of adults) find themselves asking before performing a given task. It’s a simple fact: people like to be rewarded, or at least noticed for their efforts. That’s what makes random acts of kindness so special. It’s also what makes them so hard [...] 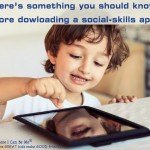 It seems everywhere you look there is a child, sometimes as young as 1 year old, playing games on his or her mother’s phone. From a very young age, today’s children are being introduced to smartphones, tablets, and apps. Apps nowadays are pretty amazing. They can teach children anything from math, to reading and (believe [...] 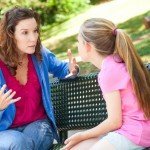 Why? Why not? How come? Kids ask us these questions all day long in order to get what they want. They are negotiating, and sometimes testing the limits. More importantly— they are using their verbal reasoning skills. It is a critical language skill which helps them to function within society. Verbal reasoning can be defined [...]

It would seem that acting out different social scenarios would be a great way to teach social skills. However, it’s not that simple. While a typically developing child can learn from role playing, most children who struggle socially can’t. They need something more. Role playing can be a fun way to reinforce lessons about social [...]