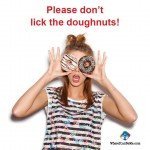 It’s easy to look at Ariana Grande as a star who’s got it all. After all, the girl has two successful Nickelodeon shows under her belt, has been nominated for tons of major music awards, and is featured in countless magazines. But after a recent incident, where the star was spotted licking display doughnuts (gross!), [...] 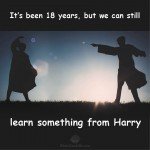 If you’ve ever caught yourself wishing you could live in Harry Potter’s world of wizards and magic, then you’re probably not alone. Harry’s life is filled with all the excitement of spells and potions, castles, dragons and flying broomsticks. But magic isn’t the only thing Harry has going for him, and if you’ve ever read [...] 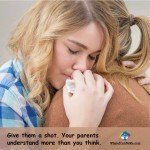 It’s no secret that times have changed since your parents were teens. Back when they were in high school, it seems like making and losing friends was a little less complicated. No one had to try and figure out the emotions intended by a text message. Facebook and Instagram were years, even decades from being [...]

@maneaddicts #bts #pinkbrows @jamiemakeupgreenberg photobomb @clsymonds A photo posted by @normancook on May 25, 2015 at 1:37pm PDT Take one blond TV star, add some pink hair dye, throw in a set of pink eyebrows, and what do you get? In the case of Kaley Cuoco you get a massive, newsworthy reaction pouring in from [...] 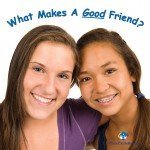 Wondering what traits you should look for in a friend? The list below contains some of the most important qualities good friends have in common. (Remember, in order to hang on to a good friend, you need to be one as well.) Accepting: A true friend likes you for who you are, quirks and all. [...]