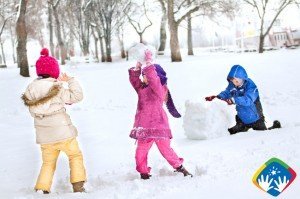 Is play as important as food? Some scientists think so. According to Joe Frost, “Play, that frivolous, unimportant, behavior with no apparent purpose has earned new respect with biologists, neuroscientists, psychologists, and others see that play is indeed serious business equally important as other basic drives of sleep, rest and food.”1

He goes on to state that “Hopefully, the unprecedented explosion of information about the importance of play for brain growth and child development will influence families, schools and other social and corporate institutions to rearrange their attitudes and priorities about play, recess, physical education, music, games, art and rich personal interactions between caregivers and children.”

Even the United Nations recognizes play as a “right” of every child.

Studies show that through play children learn many things including how to negotiate, share, resolve conflicts and make decisions. It also helps children to relieve stress and energy while improving physical ability and health.

Play helps children develop their imagination as well as their cognitive and social abilities. Play also helps children strengthen emotional bonds with those they play with including their parents.

While studies show that play has a positive effect on a child’s development, studies also show that lack of play can be detrimental.

According to a 1997 article in Time magazine titled “Fertile Minds” research conducted at Baylor College of Medicine indicated children who don’t develop imagination through spontaneous play have brains 20 to 30 percent smaller than children of the same age that do play.

But what is play?

In this instance we’re talking about what’s referred to as “free-play”.

It can be simple word games, pretend-play, tag, jump-rope or even something the child makes up.

The important thing is for children to interact with others, use their imagination and their physical ability. (Not necessarily always all at the same time)

As a parent playing with your child can open up a whole new perspective. So can watching passively as they play by themselves or with other children.

What better way to really get an understanding of how your child thinks and feels?

Play lets children be themselves. Through play children will show you how they think and make decisions. And in the process their actions and their words will teach you a lot about what’s on their mind.

This isn’t to say that all play and no work is a good thing. It’s just to say there’s something to be said for play.